Allow me to introduce the Tatzelwurm. He’s a pleasant sort of fellow who haunts places like Austria, Germany, and the Alps region, thus earning the appropriate moniker of the Alps Dragon. And with a nickname like that, it’s impossible not to fall in love with this charming cryptid.

So what, might you wonder, does this top hat and tails gentleman look like? Depends on who you ask. Some portray the Tatzelwurm as an overlong snake. Other says it’s dichotomous like a centaur, sporting the front half of a cat and the back half of the aforementioned snake. Yet another depiction puts it somewhere among the distant relatives of an alligator or Gila monster. Personally, I’m a huge fan of any creature whose descriptions oscillate from feline to lizard. Either the Tatzelwurm is the Mystique of cryptids or people take one quick glance and run, then try to cobble together a story after the fact. For the sake of our field’s future directions, we need to consider training cryptozoology sketch artists. That might avoid a bit of this perennial confusion. 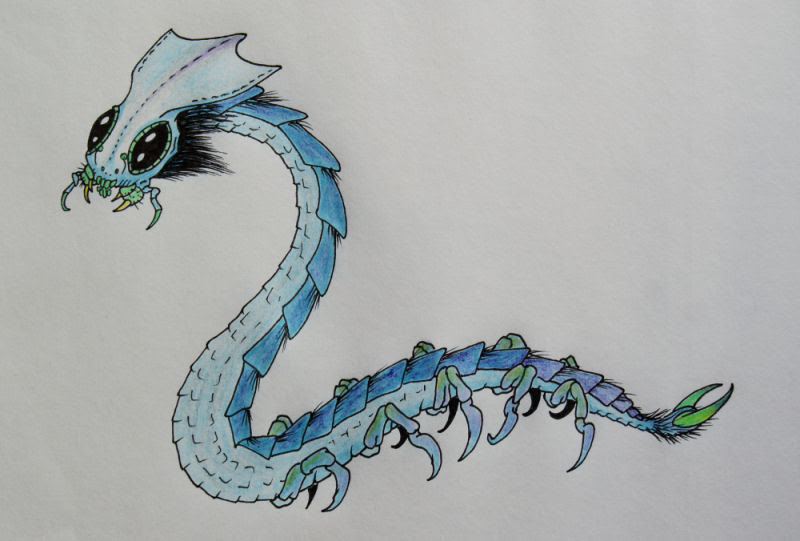 Have you seen this cryptid?

The first known sighting of the Alps Dragon occurred around 1779 when Hans Fuchs was out and about in the European countryside (as these things usually go, the account is decisively vague, and Europe is about as specific as I found for the setting). Out of nowhere, two Tatzelwurms appeared, terrifying Fuchs into cardiac arrest. It’s not really clear what the Tatzels were doing or if they, like Hans, were simply out for a country stroll. Either way, the hapless human died from his fright, but not before first running all the way home, recounting exactly what he saw, and then keeling over. Considerate of him to take the time to detail the monsters in question rather than make some kind of deathbed confession or tell his family that he loved them. Much like the Dobhar Chu, a family member of Hans Fuchs memorialized the Tatzelwurm by painting the creature Fuchs described. So much for celebrating a person’s triumphs as a memorial. Let’s commemorate the deadly beast instead.

Fast forward to the twentieth century. Enter a photographer named Balkin. (No word on whether that’s his first name, last name, or if he’s just so awesome to need only the one name. Like Cher or Banksy.) This splendid Balkin brought back a photograph from the Alps and proceeded to tout that he captured a Tatzelwurm on film. Much hullabaloo followed, and the Berliner Illustrirte very famously commissioned an entire expedition to find and capture the elusive creature. Never mind that the picture has now gone the way of Surgeon’s Nessie photo, seeing that Balkin’s image has been almost universally declared a phony. Everyone loves to jump on a cryptid bandwagon, an understandable gambit given the inherent fun in corralling mysterious animals. No other pastime can compare.

Sadly, the mid-twentieth century expedition discovered nothing of interest. To this day, however, sightings still occur intermittently, some as recent as 2009, and alleged Tatzel corpses pop up whenever the legend of the snake-cat begins to lag. In fact, at the turn of the millennium, one so-called Alps Dragon cadaver was dropped off at the Geneva Institute. But researchers there have been reticent about the specifics of the macabre donation, probably because they tossed the desiccated remains into the nearest biohazard trashcan minutes after an initial examination.

For his part, the Tatzelwurm has retired to a quiet life in the luxurious mountains. A storied setting for a storied snake. Or alligator. Or cat. Or snake-alligator-cat. Whatever works for the Tatzelwurm should work for us.

One thought on “The Tatzelwurm”

This site uses Akismet to reduce spam. Learn how your comment data is processed.